Broadcast live Sunday from Los Angeles’ Microsoft Theater, the pa-ndemic-era ceremony was hosted by actress Taraji P. Henson, who took the stage along with a handful of acts — sans audience because of the ongoing COVID-19 cr!sis. 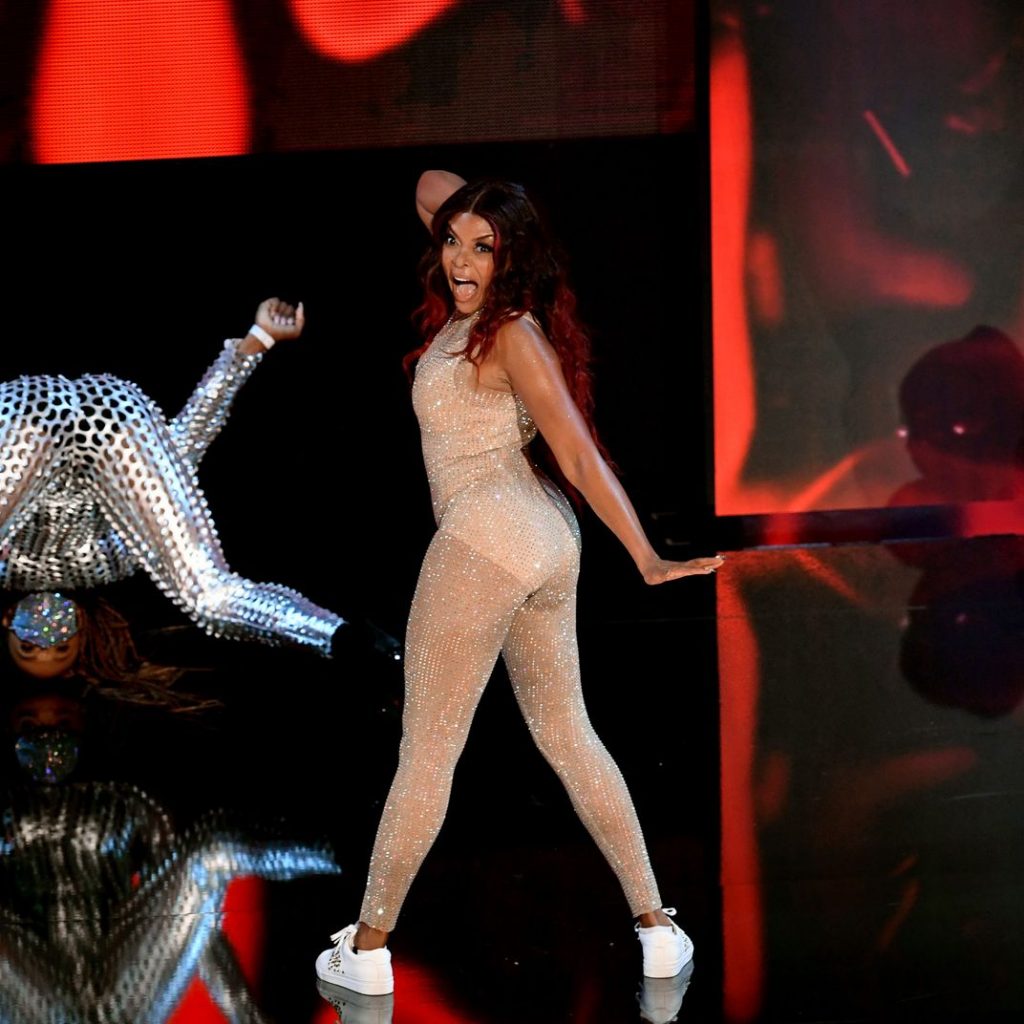 “I am so happy to be here,” Henson said during her opening monologue. “I’m just happy to be off the couch and in some real fashion — and some deodorant, which, I think just expired.” 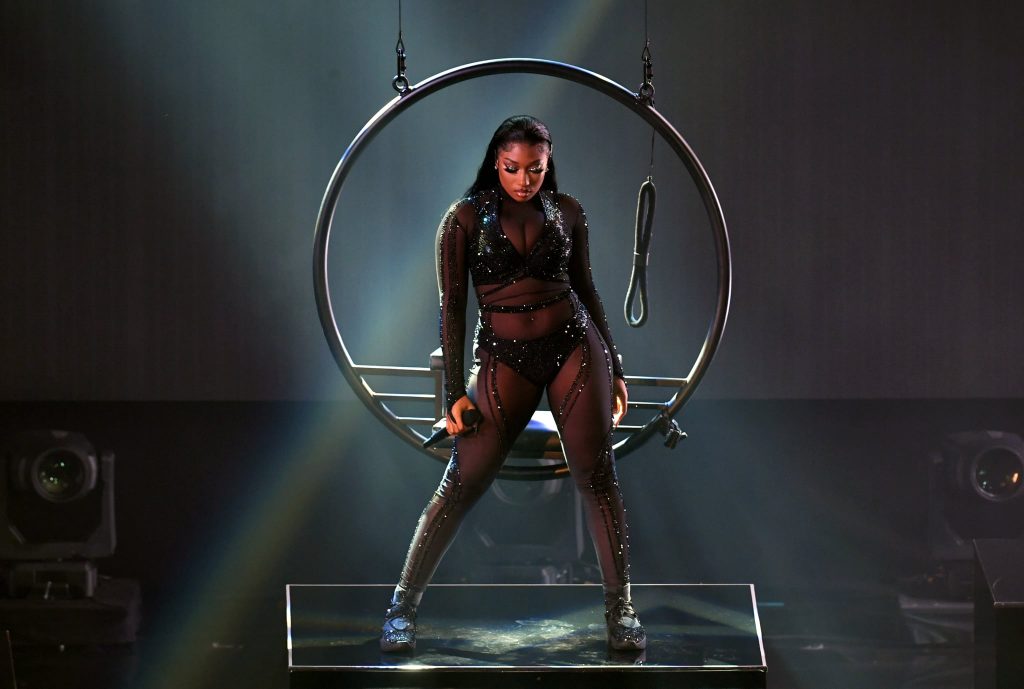 “Dolly! I love you, Mama. You just out here saving us all, saving the world,” she added, referencing Parton’s $1-million donation to COVID-19 research that ended up partly funding Moderna’s vaccine. From BTS to Taylor Swift, here’s a sampling of must-see moments from this year’s AMAs. 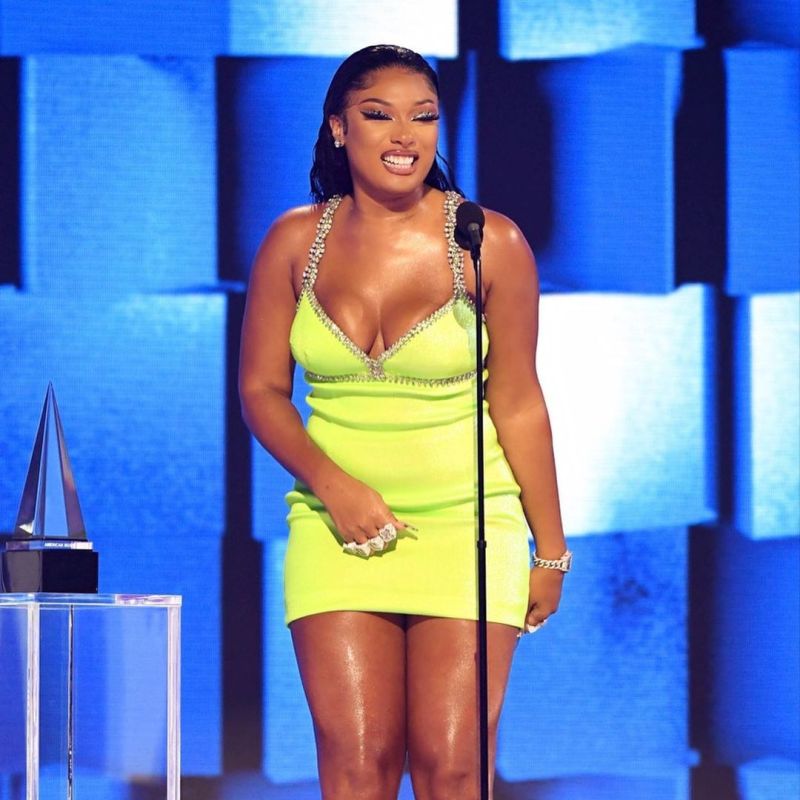 As expected, rapper Megan Thee Stallion delivered an energetic rendition of a new track off her debut studio album, “Good News,” which arrived Friday. While performing “Body,” Meg nailed the fast-paced, b*oty-po-pping choreography from her latest music video, which has spa-rked a viral #BodyChallenge on social media. After entering the ceremony with five nominations — the most of any female artist this year — the “WAP” hitmaker ended up winning their favorite rap/hip-hop song for her steamy, s*x-positive collaboration with fellow rapper Cardi B.

Pop star Dua Lipa also made a splash with her AMAs set, which saw her levitate — thanks to a rope and pulley system — while singing “Levitating,” off her March album, “Future No-stalgia.” Lipa entered the show with two nominations and ended up taking home the favorite pop/rock song award for her lead single, “Don’t Start Now.” No, not that kind of face covering. Canadian singer The Weeknd raised eyebrows when he took the AMAs stage with a pair of black eyes and covered in bandages during his performance and victory speeches. And that’s exactly what he meant to do. Much like his latest album, “After Hours,” and single “Blinding Lights” — about someone making a late-night visit to their love while into-xicated — the concerning look doubled as a wa-rning aga!nst dru-nk driving.

Along with rapper Roddy Ricch, the Weeknd received eight AMA nominations — the most of any artist this year. During the show, he performed a “Save Your Te-ars”/”In Your Eyes” medley with Kenny G and took home the awards for favorite soul/R&B album, song, and male artist. “Last time I received this award, it was given to me by the late great Prince,” he said while accepting the honor for soul/R&B album. “He’s the reason I get to constantly challenge the genre of R&B, and I’d like to dedicate this award to him.” Jennifer Lopez had one of the ho-ttest performances of the evening as she and Maluma sang both “Pa’ Ti” and “Lonely” from the soundtrack to their upcoming film, “Marry Me.” De-cked out in a semi-sheer, skint!ght black bodysuit from LaQuan Smith and wet hair, Lopez s!zzled as she h-it the stage. Both her look and the performance itself — from the chair dancing to even the lighting — were almost immediately compared to Beyonce’s performance of “Dru-nk In Love” at the 2014 Grammy Awards (below right).

While some pointed out that Beyonce doesn’t corner the market in bodysuits, chairs, and wet hair, many others commented on the similarities between the two performances on social media. Not JLo dressed the exact same way as Beyoncé did for her “Dru-nk in Love” performance at the Grammys. Even down to the wet hair and the chair😭! 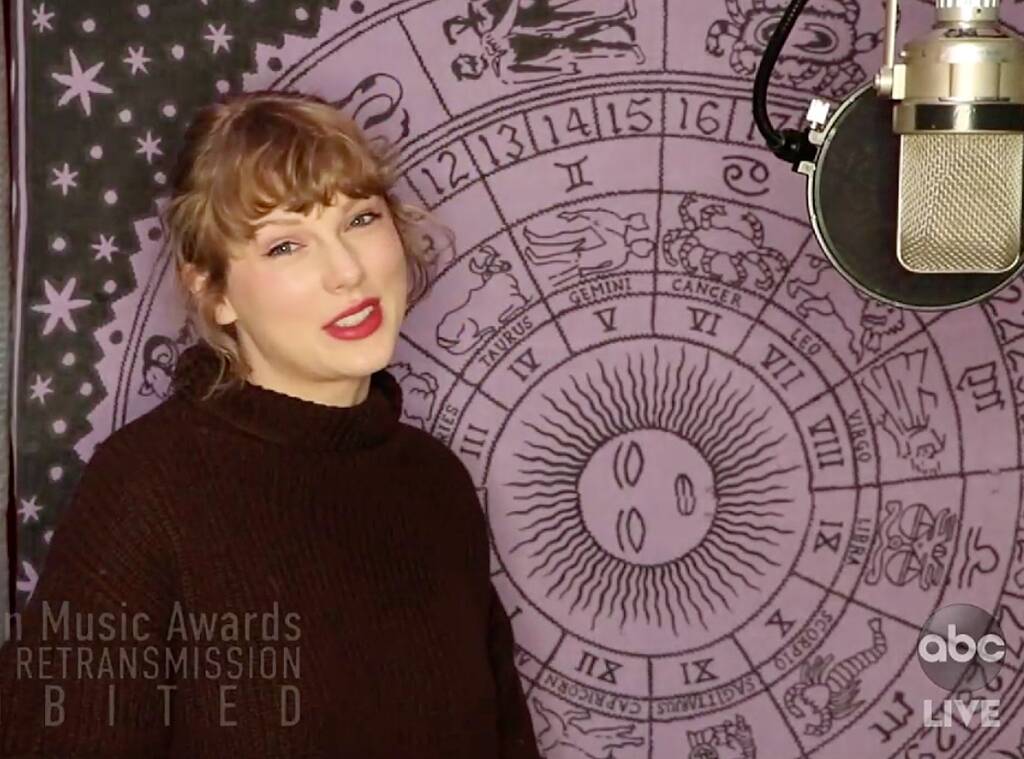 Remember when Taylor Swift’s old record label, Big Machine, reportedly tried to prevent her from performing songs from her first six albums at the 2019 AMAs? And how she not only performed them but also wore a costume displaying all of the album titles — like a giant middle finger to the company — while doing it?

Well, Swift’s AMAs statement this year was a little more subtle, but a statement nonetheless. While accepting the top prize via video for artist of the year, the “Folklore” artist explained that “the reason I’m not there tonight is: I’m actually re-recording all of my own music in the studio where I originally recorded it.” Her announcement comes about a week after her arch-nemesis, music mogul Scooter Braun, resold the rights to her back catalog. Swift vowed last year to rerecord her earlier work shortly after Braun purchased it without her consent. “It’s been amazing, and I can’t wait for you to hear it,” Swift said Sunday. “Have a great night. I love you so much. Thank you.”

BTS goes out with a ba-ng

Who better to close out Sunday’s musical celebration than the ho-ttest music group on the planet, BTS? For their highly anticipated AMAs performance, South Korean pop phenoms RM, Jin, Suga, J-Hope, Jimin, V, and Jungkook did not disappoint, delivering a dynamic medley of “Life Goes On” and “Dynamite” that ended in a stu-nning light show at Seoul’s Jamsil Olympic Stadium.

BTS was nominated for two AMAs this year — favorite pop/rock group and favorite social artist — and won both.

This Article First Published On LATIMES