A California family down to their last $12 at the beginning of the pa-ndemic now has a new car and a new home — and it’s all thanks to the tenacity and impressive business ac-umen of an 8-year-old boy. Aaron Moreno, his mother, and two other family members were living in a shed in East Los Angeles and struggling with their finances when he decided to start Aaron’s Garden, his own business, in June, KABC reported. “He came [up] with the idea of selling plants and starting a business in his yard to be a provider, and [to] buy his own H-ot Cheetos with cheese without having to ask his mom for money,” a GoFundMe supporting Aaron said.

Though he began with just eight plants, business boomed, and now, the money he’s earned — combined with the $31,000 raised from the GoFundMe and his mom’s new part-time job — has given his family a whole new lease on life. 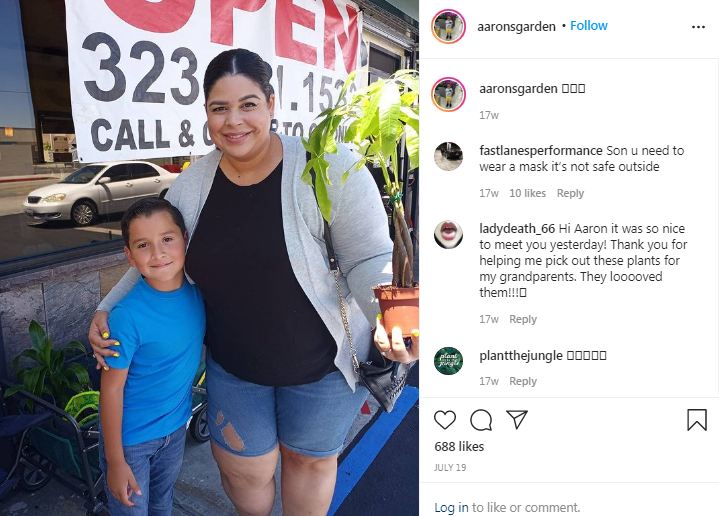 “I feel happier because we don’t have to struggle as much as before,” he told KABC.In October, Aaron was able to buy his mother a car, her first in four years, with the money he’d earned from Aaron’s Garden, according to the GoFundMe.Then, in November, the family of four was finally able to upgrade from their shed to an apartment. “I never thought we could accomplish and come this far… we couldn’t believe that we got a house,” mom Berenice Pacheco told KABC. “I admire him for everything he has been able to do that I haven’t as a mom.”As if that wasn’t enough, the newfound money also allowed Aaron’s sister Ayleen Pacheco to reunite with her family in California after two years in Mexico, where she’d been living with her grandmother due to the family’s financial struggles.

“I’m just so proud of my brother because he was the one who got me back,” Ayleen told KABC. Now that they’re no longer living in a shed, Aaron plans to set aside space in their new garage for Aaron’s Garden so he can continue building his business.“I think the best thing for me.. well, everything has been the best but is that Aaron got to reunite us with his older sister with the money he received,” Pacheco told KABC. “And he’s just been doing everything for us. And he’s like the man of the house.”

This Article First Published On PEOPLE